YOU HAVE OUR BESA!

The mision of BESA SECURITY is to offer all security services in a highly professional and qualitative manner, whilst meeting the requirements of our clients and adding comfort to their homes, small businesses, large businesses, corporations and institutions or governmental and non-governmental organizations, always in accordance with the applicable Laws in Kosovo and International Practices.

The vision of Besa Security is maintaining its market position in Kosovo as a leader for security services and continuous expansion in Albania and in the region, as the most advanced company in the field of security with the latest technological systems!

Besa Security (part of Besa Group: Besa Cola, Marimanga, K&A Construction, EuroBuilding Bulgaria, Besa Pharm) established in 2003, is the first national company in Kosovo that has offered the service of electronic surveillance through the Burglar Alarm System and Patrol Intervention. Today, Besa Security offers Security Guard Services, Cash-in-Transit Services (CIT), CCTV Camera Services with Surveillance, Security of Events and Public Gatherings, Close Protection Services (VIP), ATM Maintenance (Refilling of ATM Cash-In/Cash-Out), Counting and Sorting of Cash Banknotes, and services of installation and maintenance of professional security equipment. As a connection point for all these services, we have our Monitoring Control Center which operates 24/7.

Besa Security is spread all over Kosovo with about 1000 employees, and owns 55% of the market share, within many security companies that operate in Kosovo.

Since 2012, Besa Security is established also in Albania/Tirana, and is going forward with successful steps.

Since November 2011, Besa Security is certified with international standards of management from Bureau Veritas – Paris, and recertified in 2017 conform ISO Standard 9001:2015, which guarantees high standards of quality control.

As a proof that we obey the rule of law, Besa Security is awarded as the Best Tax Payer for two years in a row, from the Economic Chamber of Kosovo and American Chamber or Commerce, in cooperation with Kosovo Customs and Tax Administration.

In 2019, Economic Chamber of Kosovo in cooperation with Tax Administration, has awarded Besa Security with the price The Best of Kosovo 2019, as the Biggest Employer of 2019, based on the number of employees and the offered working conditions.

Besa Security as the Number One security company, has won all awards SUPERBRANDS – Kosovo’s Choice 2014/2015 up to 2019/2020, from the Superbrands Council, based on Market Dominance, Longevity, Reputation, Customer Loyalty, and Overall Market Acceptance. 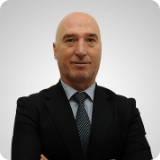 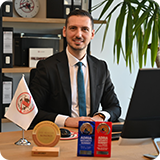 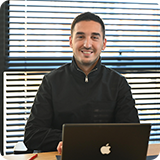 Mr. Abedin Hasani, born on 19.01.1959, is one of the most successful businessmen in Kosovo. He comes from a family with a long history in business. His businesses in Kosovo were always innovative and a plus for the country’s economy, whilst decreasing the non-employability rate with a high number of employees. On the other hand, he was not focused only in the Kosovan market, but also in the Albanian and Bulgarian one.

Mr. Hasani was the owner of many businesses. Since 1989 until 1995 he was the owner of the largest supermarket in Kosovo “D.P. Market Bazar”. This supermarket was quite successful at that time. Also, during 1991-1997, he went into the hotel & tourismmarket, and opened Caffe Bar “Cairos” and another restaurant “Cairos”, both in Pristina. At the same time while he was the owner of these businesses, during 1991-1998, Mr. Hasani was the co-owner of “Besa Impex” together with his family members. This company did the import of grocery goods from the territory of Ex-Yugoslavia and Bulgaria to Kosovo.

From 1993 until 1998, he started his activity in Bulgaria due to the embargo in Ex-Yugoslavia. From Bulgaria he supplied Market Bazar, Besa Cola, and other companies in Kosovo and Ex-Yugoslavia with grocery goods and non-grocery ones.
Due to the imposed embargo from the United States of America for Coca-Cola in Ex-Yugoslavia, Mr. Hasani did the import of Coca-Cola from Macedonia and Greece. In 1996, through the company “Besa Cola”, he was the distributor of Coca-Cola for the territory of Ex-Yugoslavia from Macedonia. Later on, in 1997, Mr. Hasani was the representative of Coca Cola for Kosovo, Serbia, and Montenegro.

Besides numerous businesses, Mr. Hasani has not left aside his charity. From 1997 until 2000 he supplied the charity organizations with clothes and construction materials.

After the war in Kosovo, in 2000, he won the tender with European Union to renovate houses in Pristina, Gjilan, Mitrovica, and Vushtrri.
In 2002, Mr. Hasani founded “Besa Ferma”, the most modern farm in Kosovo where citizens could buy fresh meat. During this time he also opened a company for car sales, “Besa Auto”.
Also, in 2003, he founded the company “Besa Security”, a company which was the first to start offering security alarm services. Also 2003 is the year for which Mr. Hasani became the representative of tobbaco “Ronson and Ronhill” for Albania.

In 2007, Mr. Hasani founded the auto-towing services company “MARIMANGA”, which operates in Kosovo and outside the territory. In 2019 MARIMANGA has started to offer yearly memberships through online platform marimanga.net

In 2012, he founded Besa Security in Tirana, Albania.

Among his other businesses, in 2005 Mr. Hasani started his construction activity in Bulgaria, and he did the same in Kosovo in 2013 with company K&A CONSTRUCTION.